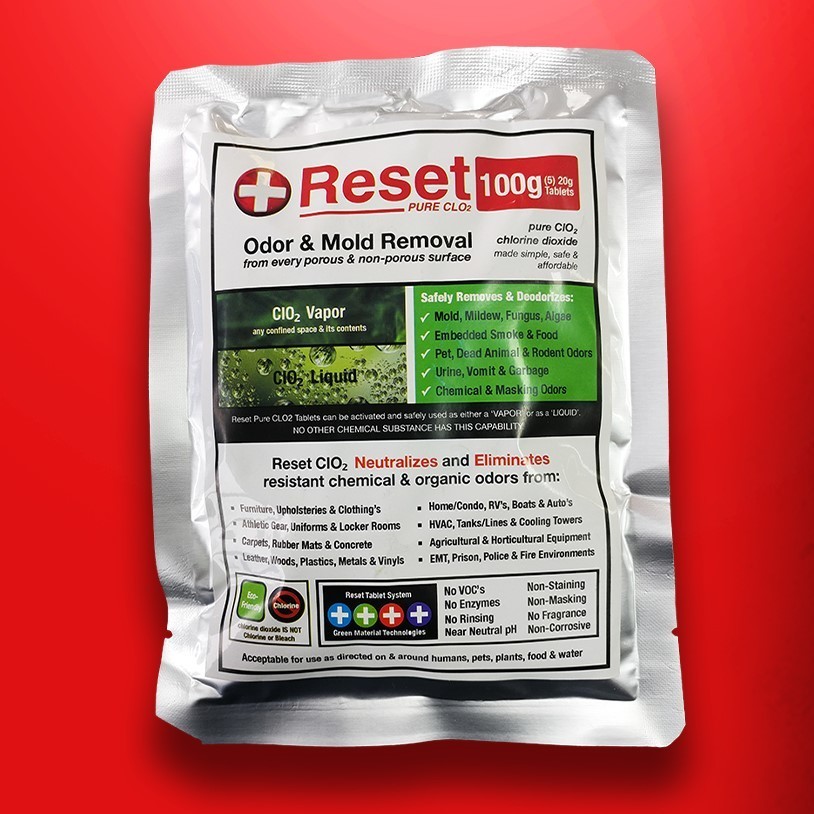 In fact, Reset Chlorine Dioxide can be safely used to eliminate odor in nearly any enclosed space, including:

Save this product for later