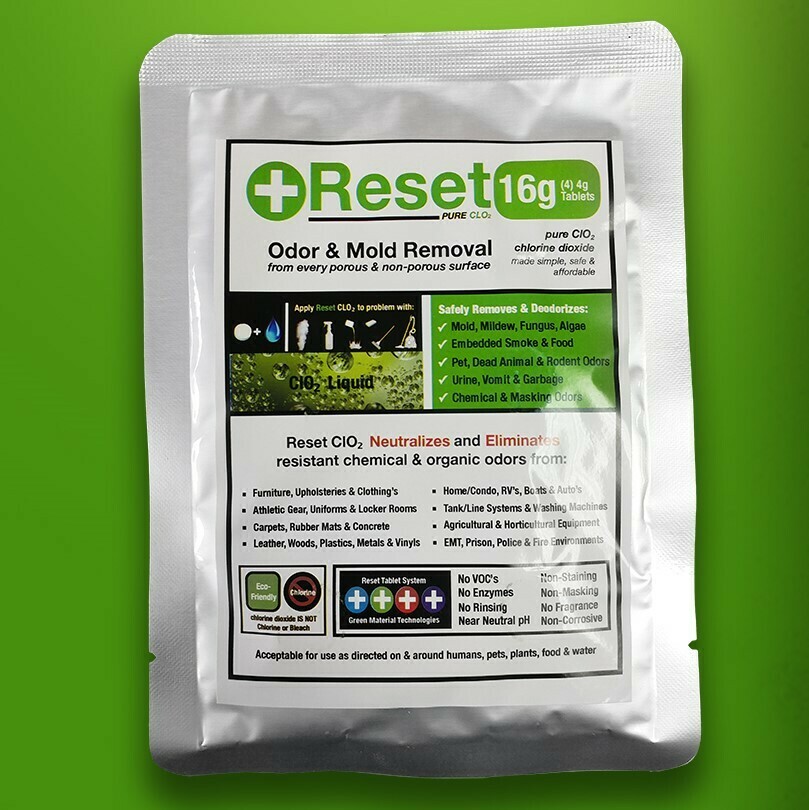 Chlorine Dioxide CLO2 deodorizer tablets from Reset may be the solution you’re looking for if you’ve had trouble eliminating car odor. Reset Chlorine Dioxide CLO2 is a powerful oxidizing agent which is widely used in water treatment and other industrial operations. While Reset Chlorine Dioxide CLO2 is most commonly used as a liquid solution, the tablets are uniquely designed to release a CLO2 vapor when dissolved in water. This CLO2 vapor can quickly fill the interior of a car, destroying odor sources in just 3-12 hours. Best of all, it’s entirely safe to use on common automotive fabrics and materials, so you don’t need to worry about chemical stains or bleaching while sterilizing your car.

In fact, Reset Chlorine Dioxide can be safely used to eliminate odor in nearly any enclosed space, including:

Save this product for later
Display prices in: USD